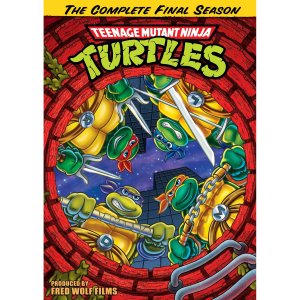 I had already long given up on my Turtle obsession by the time this cartoon series reached its tenth and final season. I’d been into the original black and white comics, so the cartoon was never quite as cool to me as it was to my friends at the time, regardless I still enjoyed the shit out of the first few seasons way back in 87-88.

From what I understand the series went through a lot of significant changes in the last few seasons; new opening credits and theme song, new villains, new good guys, etc.  Whatever the case may be I think it’s odd that an immensely popular show that ended in 1996 is just now seeing its final season released on DVD. Someone please hurry and upload the weird Season 10 opening credits on Youtube so I can satiate a 15 year old curiosity.

Switching gears…  I saw this film and another recent Serb ‘shock film’,  A Serbian Film within months of one another and I must say… Serbs are fucking nuts. This is an odd little tale about a group of traveling performance artists who turn into a group of traveling snuff filmmakers. All things considered, I think A Serbian Film was the better – and more “shocking” of the two. The Life and Death of a Porno Gang is more cartoony graphic sex and violence through the prism of Slavic political allegory, whereas A Serbian Film took itself very seriously (which, admittedly may not be such a great thing).

Being shot vérité style with a pro-sumer level HD camera makes tLaDoaPG look a bit rough, but there are some interesting moments amidst all the apparent lack of maturity and finesse. This is a great family film-night selection. 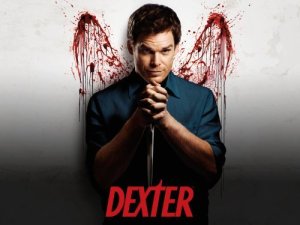 Sixth season? Shit. I’ve only seen the first two back when they were available on Netflix Instant (Scumbag Netflix – puts 6 seasons of Showtime’s WEEDS on instant but none of Dexter)… I’ll eventually have a lot of catching up to do.

On a side note, I recently just started the great Six Feet Under re-watch, since my wife has never seen the show before, and she’s finding it hard to see Michael C. Hall as a gay funeral director. I guess once someone is burned into your memory as a serial killer you just have a hard time seeing them getting consensually sodomized by a big black cop. 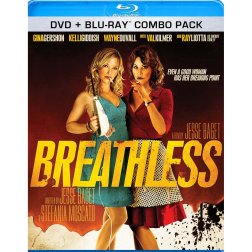 NOT the classic Godard film, no no no… this is a direct-to-video epic that I’m sure is absolutely dreadful. But hey – look at the cast of (past) luminaries: Gina Gershon, Val Kilmer and Ray Liotta!

Gah, shame on you for sullying the name of a great film. Save yourself the terror and just go watch the beautiful Criterion Bluray of the Godard film. 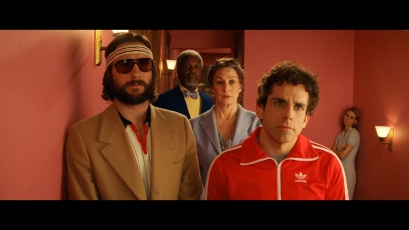 Speaking of beautiful Criterion blurays, we’re finally presented with Wes Anderson’s break out hit in a full HD tranfser. I’m really looking forward to re-watching this film on Bluray, so this is my top pick for the week.  An endearing film full of awkward soul-searching and colorful, almost Greenaway-esque, levels of compositional detail in each scene.